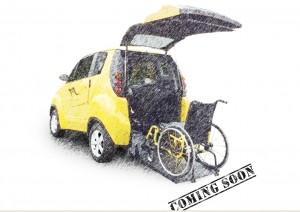 Discovered this while browsing my social media feeds this evening. It’s genius and such a good advancement in electric cars and transportation technology. I love the compact size which makes it easy to maneuver and find parking, especially in urban areas like Chicago. What I like best is that it offers folks who are wheel chair bound much more independence in their travels and not have to rely on expensive unfitting of vehicles or have to wait around from the wheel chair transit systems to get around.

Here’s a video from the makers of the “Kenguru” showing how a wheel chair bound person can utilize it as their primary transportation to and from work.

If you want to pre-order your own Kenguru or find out more about this car company check out their website www.Kenguru.com

Buyers for real estate are increasing demanding the ability to better access available listing inventory from their smartphone and other mobile devices such as an IPad. I am happy to make this mobile application available to our clients to use while on the go throughout Chicagoland that will help them have a better experience in searching for their next LoftNHome.

Find out how to get and use this application in this short video. 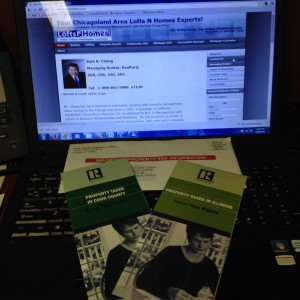 By this time of the year, folks are usually starting to receive tax related statements from their place of employment or companies where they have investments. One of the key benefits of owning your own home or having a real estate rental or investment property is the ability to deduct the property taxes you pay against the income you’ve earned on the property or to reduce your personal income tax liability.

I’ve created a short video below to help you understand some of the basics around property taxes in Cook County, Illinois.

What would you do with the time you spend in your daily commutes if all you had to do was get in the car, enter your destination and press Go?

The Google Prototype Driver-less car is fast getting around this holiday season in California with plans to have approximately 100 of these vehicles operating in the next year on actual roads. Even at the current 25 MPH speed limit, it’s a step in the right direction to minimize in-attentive drives who often use their commute time to perform other tasks while driving. As testing of the prototype progresses over time, I’m sure they will be able to update the software to react much quicker and provide safe operations at higher speeds of movement for the vehicle.

In urban areas like Chicago, it’s a great alternative to traditional public transportation offering some flexibility and privacy. It’s also a way for those who transitionally have limitations to driving (seniors, visually impaired, persons with other disabilities) to be able to operate their own vehicles without having to rely on others to get them around.