Chicago is often referred to as the capital of the Midwest. Many people from other Midwestern cities and neighboring states choose to have a residence or business presence here. Some of the giants in the area now including United Airlines, Google, Motorola, Groupon all have major technology headquarters around Chicago.

Google just signed a lease in the a building in the West Loop Fulton Market District where an El station was just opened within the past two years. New restaurants and galleries are opening next to what used to be a cold storage building and it’s convenient to existing West Loop Restaurant Row along Randolph Street. They are in the process of designing their new space and expected to occupy the new space in 2015. 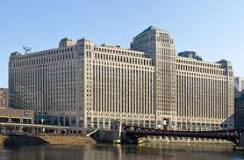 Groupon starting their business model here in Chicago and have made River West their headquarters in a technology building that was formerly the Montgomery Wards Catalog Distribution Building. This building was converted into mixed use space with high end technology amenities and condos.

Several technology start up firms share space in 1871 which is a technology incubator space housed in the Merchandise Mart Building. This historic building was once owned by the Kennedy Family and was exhibit space and show rooms for various house and decorating shows. 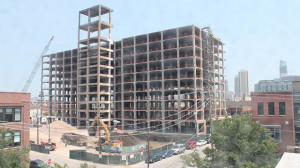 There are many more example to be found all over town, but with two major international airports which provides flights to every state in the nation within 2-4 hours, the ample and convenient public transportation options and plenty of housing stock and fun neighborhoods to choose from, Chicago is a great place to live, work and setup your technology business.