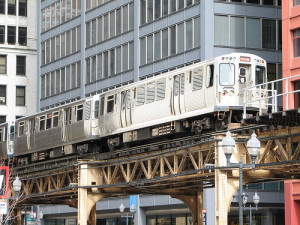 El Trains (Elevated Trains) which are running overhead and underground as a Subway in certain parts of the City.

Chicago is a major city with a great transportation infrastructure. Most of the folks who relocate to Chicago in living in some of the more popular downtown neighborhoods like the West Loop, South Loop, River East, River North, LakeView or Lincoln Park usually abandon their cars after the first year because there is ample and affordable public transportation across the City. Even folks who live in other neighborhood will opt for the public transit system and let their car (if they own one) sit on the street or garage.

Unlike many other urban cities, the public transit system in Chicago is only $2.25 per ride regardless of distance. There are a lot of FREE transfer stations across the city to move between EL Train lines (Elevated Trains / Subway) or sometimes between a bus and a rail line. If a transfer fee is charged, it’s typically 25 cents for the transfer (up to two transfers within a two hour period).

Visitors to Chicago can also opt for the 1 day, 3 day or 7 day unlimited rides visitor’s passes that you can purchase at kiosks located at Chicago O’Hare and Midway International Airports, or at the visitor’s centers at the Chicago Cultural Center or Water Tower locations. Reduced fares are offered to students and qualified persons. Local Chicago’s who rely solely on the public transit system also receive discounts for unlimited rides at only $100 per month.

The Public Transit System is called the CTA (Chicago Transit Authority) and PACE for the suburban public systems which all operate on the same fare system and utilize the same fare cards. Commuter Trains are part of the METRA system and they operate on different fees and fare card system, but we’ll talk more about METRA and other affordable transportation options in another blog post.

The public transit system is a great way to move around town whether you are a local, transplant or a visitor to Chicago. Their schedules are available via phone, text message, Google Maps or one of the applications on your smartphone that support transit directions. 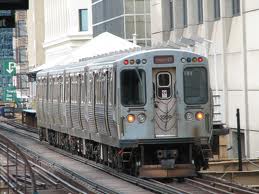